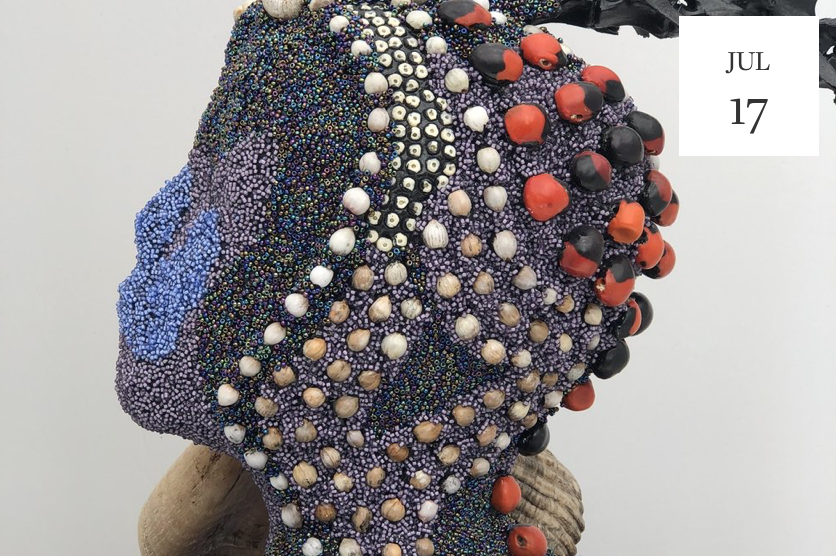 The Atavistic Network by Charlotte Rodgers and Necromancy: Working with Blood and Adopted Ancestors in Art and Magic by Dr Vanessa Sinclair

Ticketholders: A Zoom invite is sent out at 1 pm EDT on the day of the event to the email used at checkout. Please check your spam folder and if not received, email info.morbidanatomy@gmail.com. A temporary streaming link will be emailed after the event concludes.

The Atavistic Network: Listening to the Voices of the Dead and Discarded
Charlotte Rodgers

Charlotte Rodgers has been creating creatures from bones and dead stuff for over 40 years. This was in part a reflection of her era’s countercultural, dystopian expression; however learning the language of death and memory was something she had always felt called to do. In this presentation Charlotte will describe a journey littered with discarded objects, bones and road kill; talking in terms of magic, animism, physical cut-ups and gateways of power; empathy, play and understanding.

Who we are now is an amalgamation of stories layered through time and how that is translated depends on the language used. The scientist, the magician, the story teller and the artist all can hold the same item and translate its voice into different scripts; what is key in all instances is that we pay attention and listen, not letting our agenda destroy the core meaning and not letting thoughts of what something does or how it appears, obscure the reality of what it actually is.

Whilst Charlotte works with road kill and found dead, she never kills and is not trained in taxidermy. Her journey with bones is a tale of magic, attention and belonging.

Necromancy: Working with Blood and Adopted Ancestors in Art and Magic
Vanessa Sinclair

My practice is personal and very much of my own creation. It revolves around necromancy.

Not in any traditional sense, as in studying grimoires and structured systems of legions of daemons/ angels, but in a much more personal sense. My intention in this talk is to impart the importance of developing one’s own personal practice by nourishing one’s relationship with the dead – with one’s blood ancestral lineage, as well as with adopted ancestors, those artists, writers, friends, mentors and magicians who have influenced you; those who have had a lasting impact on your life, development and formation – thereby creating a unique mythology and personal pantheon of your own.

Charlotte Rodgers is an author, artist and animist who is presently exploring an academic wormhole as an anthropology student at Bristol University. She has been widely published in magazines and anthologies and her books include, The Sky is A Gateway, Not a Ceiling, P is for Prostitution, and The Bloody Sacrifice. Her art incorporates remnants of death and discarded objects and has been exhibited widely, including shows in New York and London, and she has sculptures on permanent display at the Museum of Naive and Marginal Art in Serbia. Charlotte has spoken at conferences and venues globally, including ‘The Magickal Women Conference’ in London 2019, ‘Rewriting the Future: 100 Years of Esoteric Modernism and Psychoanalysis’ in Merano, Italy and ‘The Left Hand Path Symposium’ in 2020. A filmic exhibition of her work was recently created for Cambridge University’s CRASSH Magic and Ecology Symposium.