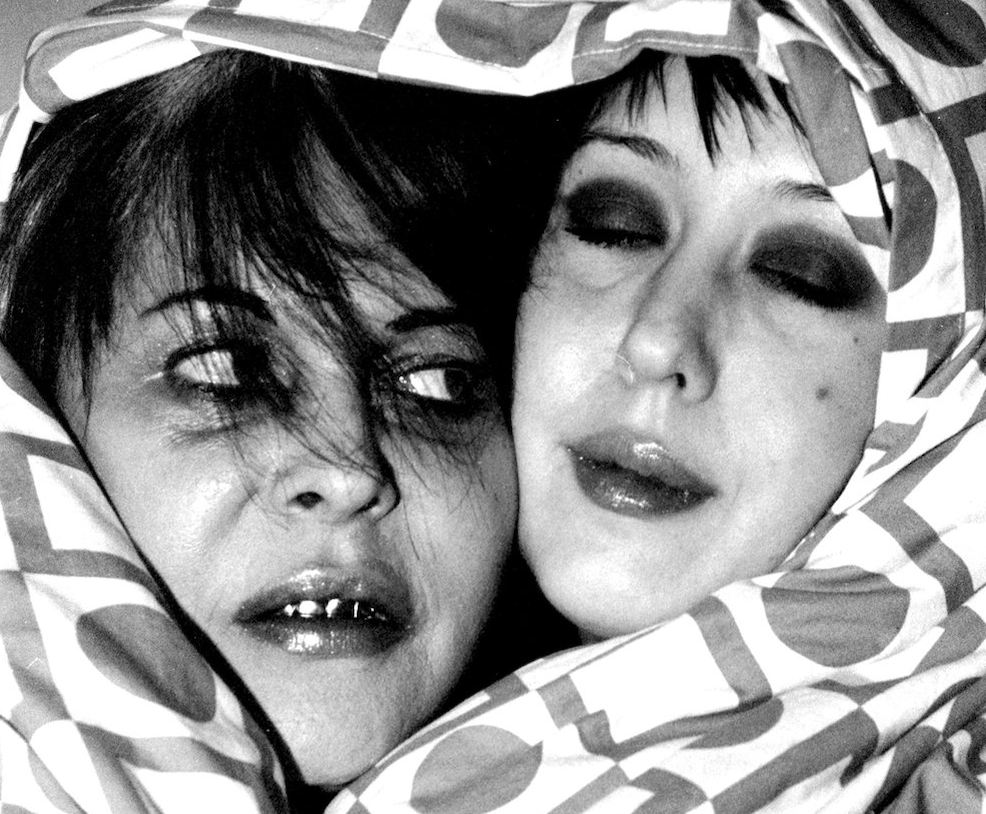 Body Modification, Polymorphous Perversity and Pandrogeny by Vanessa Sinclair and Forcing the Hand of Chance – A Look at the DIY Occulture of Thee Temple ov Psychick Youth (TOPY) by Carl Abrahamsson

The cutting of the body has an effect on the psyche, as we experience ourselves through the interface of our bodies. Sigmund Freud described our ego as first and foremost a body-ego, as we learn about ourselves and the world via our bodies. This talk explores the impact of body modification may have by exploring the art/work of Genesis and Lady Jaye Breyer P-Orridge, specifically their Pandrogeny project. Together Breyer P-Orridge explored contemporary ideas of identity, the body, consciousness, gender and sexuality at a depth few have dared to traverse. In an effort to break down prescribed notions of themselves as individuals, the pair underwent a series of surgical, medical, chemical, psychological, spiritual and behavioral procedures. Influenced by the cut-up method of Brion Gysin and William Burroughs, the pair took the process that much further, applying the cut to not only to word, sound and image, but to their own bodies and selves

The Industrial music scene of the 1980s was one of intellectual curiosity and an eloquent DIY (“Do It Yourself!”) ethos. Many bands and artists had their own record labels and mail order operations; a “cottage industry” that facilitated independence and peer-to-peer interactions. Many of these artists extended their work into the domain of occultism and existential experiments; i.e., actively building an “occulture” through their own channels of interaction and dissemination.

This paper focuses on the work and ideas of Thee Temple Ov Psychick Youth (TOPY, c. 1981-1991) as one of these typically atypical structures in which the DIY spirit merged with magical practice, encouraging artistic expression through not only overt “occulture” (like concerts, film screenings, publishing, etc) but also covertly through its focus on individual and private ritual “sigilising” as a communal and egregore-building process. TOPY’s integration of magical practice stemming from traditionally non-magical areas/sources, such as the work of William Burroughs and Brion Gysin, helped create a talismanically charged “feedback springboard” for TOPY’s original ideas to move into new cultural territories. TOPY’s individualistic pathos expressed through a cottage industry ethos attracted many individuals who went on to take essentially the same philosophy onwards post-TOPY. The occultural effects stemming from this experimental order/network can now be felt, seen and heard exoterically way beyond its original esoteric imprint.

Vanessa Sinclair, PsyD is a psychoanalyst, author, artist and occultist based in Sweden, who works internationally. She is the host of Rendering Unconscious Podcast. Her books include The Pathways of the Heart (2021), Scansion in Psychoanalysis and Art: The Cut in Creation (2021) andSwitching Mirrors (2016). She is the editor of Psychoanalytic Perspectives on the Films of Ingmar Bergman: From Freud to Lacan and Beyond, forthcoming from Routledge (2022), Rendering Unconscious: Psychoanalytic Perspectives, Politics & Poetry (2019), Outsider Inpatient: Reflections on Art as Therapy (2021) with Elisabeth Punzi, On Psychoanalysis and Violence: Contemporary Lacanian Perspectives (2019) with Manya Steinkoler, The Fenris Wolf vol 9 (2017) and The Fenris Wolf vol 11(2022) with Carl Abrahamsson.

Carl Abrahamsson is the editor and publisher of The Fenris Wolf, and the founder of the Institute of Comparative Magico-anthropology. Among his books are Anton LaVey and the Church of Satan(2022), Genesis Breyer P-Orridge: Sacred Intent – Conversations with Carl Abrahamsson 1986-2019(2020), Occulture – The unseen forces that drive culture forward (2018), Reasonances (2014), and the novels The Devil’s Footprint (2020) and Mother, Have A Safe Trip (2013). He is also a filmmaker, in particular with the documentary “An Art Apart” series. Together with his wife, Vanessa Sinclair, he has written It’s Magic Monday Every Day of the Week (2021) and The Mega Golem – A Womanual for All Times and Spaces (2020).