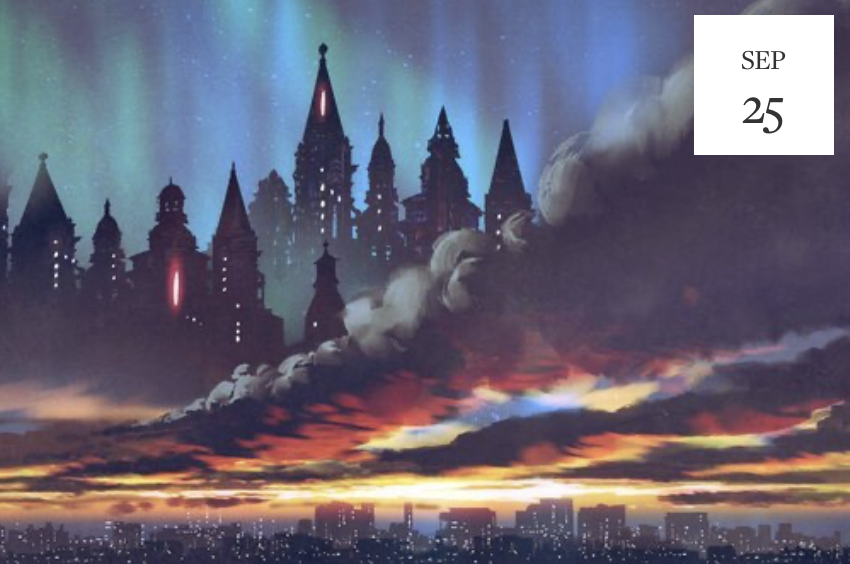 Lost Dimensions: The Psychic and the Technical by Isabel Millar and From Success Comes Failure, on Cloud Computing by Dwayne Monroe

Virilio’s Lost Dimensions: The Psychic and the Technical
Isabel Millar

The French philosopher and architect Paul Virilio was famously against the ideology of ‘Towerism’ as he believed the future of cities would not be in their skyward dimension. In fact, he worked with the architect Claude Parent in the 1960s on the ‘oblique function’. A third order beyond the horizontal of rural dwellings or the vertical of the urban, the oblique function would make space completely accessible increasing the amount of usable surface according to the principle of ‘habitable circulation’. They only ever completed two buildings, a cryptic church and a missile design workshop. Inside these two (sacred) spaces, what is at stake are the two dimensions of speed incommensurate in our contemporary condition, the time of contemplation and mortality and the time of acceleration and death. Today this dialectical relationship between psychic space and technical space has become ever more oblique.

From Success Comes Failure, on the Dialectics of Cloud Computing
Dwayne Monroe

The term, ‘cloud’ is used to describe the utility services we use every day – from Google Drive to Apple Music; a sprawling collection of apparently infinite services stretching endlessly, we’re told, into the future. Unseen by most are the machines making this possible, consuming electrical power, millions of liters of water for cooling and a cornucopia of other resources. No one is stopping this growth which spreads across the globe like a shadow. However, what governments might fail to do, complexity and entropy will surely accomplish: the collapse of the computational order. Hidden within the heart of the tech industry’s unchecked success is the seed of its failure.

Isabel Millar is a philosopher and psychoanalytic theorist from London. She is the author of The Psychoanalysis of Artificial Intelligence published in the Palgrave Lacan Series in 2021, and Patipolitics: On the Government of Sexual Suffering forthcoming with Bloomsbury in 2023. She is currently research fellow and faculty at The Global Centre for Advanced Studies, Institute of Psychoanalysis.

Dwayne Monroe is a technologist and Marxist analyst of the tech sector with 20 years of experience in North America and Europe. Dwayne uses his hands-on knowledge to critique the nature and characteristics of the industry from a dialectical perspective. He’s currently finishing a book, ‘Attack Mannequins’ about the AI industry and has written for The Nation, Logic Magazineand Sublation Media. You can follow his blog at monroelab.net and on Twitter at @cloudquistador